The Most Significant Tax Changes for 2010 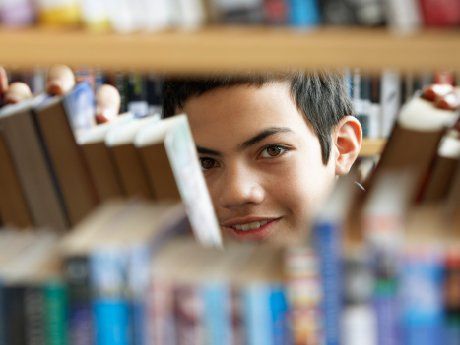 There are several important new tax breaks for taxpayers on the 2010 Form 1040, and several more have been eliminated all together. Some of these tax breaks are pretty straightforward, while others are complex and involve choices.Aï¿½ In most cases, though, they will save taxpayers money.

For this reason these developments stand to benefit tax professionals, like certified public accountants and IRS enrolled agents, who many taxpayers turn to for guidance during come tax time.Aï¿½ Jeffrey Weeks, an enrolled agent who recently passed his prometric EA exam, sees these changes as opportunities to reach out and show taxpayers “how professionals like us can increase the amount they get back at the end of the year.”Aï¿½ Because enrolled agents and other tax professionals are required to enroll in continuing education tax courses-a requirement for maintaining EA certification and a high standard of knowledge in taxation-they are poised to help taxpayers successfully navigate changes in the tax code.

Below is a summary of the biggest tax changes for 2010 that tax professionals should pass on to their clients:

1. Roth IRA Rollovers Restrict-free. Taxpayers are now free to make a qualified rollover contribution to a Roth IRA, regardless of modified AGI amount.

2. Option to Spread Out Rollover Income. Half of any income from a rollover or conversion to a Roth IRA from another retirement plan is included in income in 2011, and the other half in 2012 (unless taxpayers opt to include the total amount in 2010).

3. No Limits on Personal Exemptions and Itemized Deductions. Starting in 2010, taxpayers will not longer lose deductions for personal exemptions and itemized deductions, regardless of the amount of adjusted gross income.

4. Reduction in Limit on Personal Casualty and Theft Loss. The $500 limit that applied for 2009 has been replaced by a new rule: each and every personal casualty or theft loss is limited to the excess of the loss over $100, which translates into larger deductions and thus greater tax savings.

5. Corrosive Drywall Damage Recognized. taxpayers who experienced the misfortune of corrosive drywall in their personal residence or household appliances between 2001 and 2008, and had to pay to have the problem fixed, may be able to deduct those amounts as casualty losses thanks to a special safe harbor from the IRS (that treats this damage as a casualty loss and includes a formula for calculating the loss).

6. Homebuyer Credit. First-time homebuyers who took the plunge and purchased a home in 2010 may be able to claim a first time homebuyer credit for a home that was purchased in 2010, provided it cost $800,000 or less and was bought after April 30, 2010.

7. Adoption Credit Increased. The maximum adoption credit has been increased to $13,170 for adoptions across the board and is now refundable, meaning qualifying taxpayers get the credit even if it exceeds their taxes.

8. Charity Gifts Continue to Pay. The IRS has extended the provision that excludes up to $100,000 of qualified charitable distributions (distributions to a charity from an Individual Retirement Account).

There are a number of tax breaks that will impact businesses as well, including the following:

2. Self-employed Health Insurance Deduction. Beginning March 30, 2010, self-employed individuals who paid for health insurance may be able to include deduct premiums paid to cover child under age 27, even if the child was not a dependent. Additionally, health insurance costs for taxpayers and their families are deductible when figuring the 2010 self-employment tax.

3. Small Business Health Insurance Credit. Effective December 31, 2009, there is a new tax credit for small business employers who have made contributions to help their employees purchase health insurance. Though this credit tends to be exceedingly complex, it can result in substantial tax savings to those that qualify. In general, the credit is 35 % of premiums paid and can be applied against regular and alternative minimum tax.

4. Section 179 Expensing Expanded. As a way of helping small businesses recover the cost of capital outlays in a timely manner, The IRS is now allowing small business taxpayers to write off these expenditures in the year they are made instead of recovering them through depreciation. Previously, such taxpayers could only expense up to $250,000 of qualifying property-machinery, equipment and software-used in service during the tax year. In legislation enacted in the fall of 2010, this limit was increased to $500,000 and the investment limit to $2,000,000.

5. Special Depreciation Allowance. Businesses that buy and use property (after September 8, 2010) can now claim a depreciation allowance equal to 100 % of the cost of the property. This figure is reduced to 50 % if qualified property was acquired in 2010 prior to the September 8th deadline.

6. Cell Phones. Cell phones and other similar telecommunications equipment have been officially removed from the category ofAï¿½ “listed property,” meaning these devices can be can be deducted or depreciated like other business property.

7. General Business Credits. For the taxpayer’s first tax year, small businesses can now carry back unused general business credits for 5 years instead of just one.

The following tax breaks were eliminated for the 2010 tax season.

1. Motor vehicle taxes. Taxpayer who bought a new car or truck can say good-bye to the to the deduction or increased standard deduction for state or local sales or excise taxes that once applied to the purchase of motor vehicles (unless they were purchased in 2009 after February 16 and the taxes were paid in 2010).

2. Real Property Taxes. For tax years after 2009, the additional standard deduction for state and local real property taxes do not applies.

3. Disaster Losses. The additional standard deduction for disaster losses does not apply for tax years beginning after 2009.

4. IRA Deduction. The extra $3,000 IRA deduction for employees of bankrupt companies does not apply for tax years beginning after 2009.

5. IRA and Qualified Retirement Plan Distributions. Unlike in 2009, when required minimum distributions (RMDs) were waived, they must be made for 2010.